In partnership with Churches Together in Britain and Ireland, Christian Aid.

A significant consultation on how, as churches, we use language in the context of our debate and deliberations on the Holy Land, especially with regard to the ongoing conflict between Israelis and Palestinians.

The consultation addressed some of the more vexed questions at the heart of our attempts to seek justice for those in the land, including opposition to occupation, and an ongoing commitment to opposing anti-Semitism in our own context, along with developing good interfaith relations with both Jews and Muslims. The seventeen Sustainable Development Goals are hugely important for the future wellbeing of all people, and for the integrity of the biosphere. It is clear that education has a key role to play, not only in helping people understand the significance of the goals, but also in helping to ensure that the goals, and their targets, are achieved.

We already know that a number of schools have programmes focusing on this, but if goal-related learning by students can help increase the likelihood that the goals will be valued, supported and hence realised, is it also the case that a critical study of the goals can enhance the focus, and help raise the quality of student learning? This Consultation examined these twin propositions. We looked in depth at what good goal-related outcomes might be; and explored what more can be done to embed a focus on the SDGs in work with young people both in and out of school.

To read the report from the Consultation please click here. Local Leadership in a Cyber Society 2: Strengthening our Technical Resilience

The rapid pace of technical change is creating new opportunities for greater efficiency and effectiveness. These include more engaging and efficient digital services, new ways to work remotely and to store or transfer data such as mobile devices and cloud services. However, as the recent WannaCry incident showed, these new ways of working also present new opportunities for malicious cyber-attackers to cause harm and disruption to public services.

Across the country local civic and public service organisations are working hard to reduce these threats every day and the active support and engagement of their senior leaders is vital to ensuring the continued focus and profile of this work. In the face of these challenges the opportunity to look at the issue of the role local leadership in a cyber-society and to develop a common understanding of technology issues and capabilities needed to underpin cyber resilience has never been more important.  Our Consultation looked in depth at the matter to identify practical, forward-looking technological approaches and solutions that local civic leaders can take in the face of such challenges.

In partnership with Democracy Matters

These are momentous times in global politics. The UK has begun its formal withdrawal from the European Union; in the USA, the advent of President Trump has polarised the American electorate in ways that have not been seen for decades. Elections loom across Europe.

Inevitably, democracy itself is under scrutiny.

As the background paper suggests, just 21% of Britons trust politicians to tell the truth (Ipsos-Mori 2016). Only a third are satisfied with how Parliament works and think the system by which Britain is governed works well, with those furthest from Westminster most likely to be dissatisfied (Hansard Society 2016 Audit of Political Engagement). Only 13% of people feel they have any influence. On average, 40% of 18-24 year olds voted in the last four general elections, compared to over 60% in 1992. The UK’s youth turnout rate is the lowest in Western Europe, and half that of Sweden, for example.

During our Consultation we looked in depth at how we address such apathy. How might we educate our young people to become active participants in the democratic process and how might we use formal and informal education to help create a democracy that works for as many people as possible.

In partnership with the National Oil Corporation of Libya

Recent attempts to capture the Libyan oil sector, by armed militias and political factions alike, have highlighted the fragility of the country’s economy, and the urgent need to protect Libya’s energy resources in this period of transition.

was an important milestone to reaching a new political settlement in Libya. Nonetheless, political divisions remain and economically the country is failing, running big deficits while many families struggle to make a living. Indeed, from people smuggling to terrorism to the high rate of young men under arms, many of Libya’s headline problems are fundamentally driven by lack of economic opportunity. As the only remaining institution able to function across the country, it is more important than ever to maintain the integrity of Libya’s National Oil Corporation, and to work together to harness its potential in service of stabilisation and national regeneration.

We explored in depth various ways to protect Libya’s oil sector, and to put it to work for the country as a whole, and for its people. Nature and Human Nature: The Digital Media Conversation on Science and Society

The search for biological life in the cosmos has long been a preoccupation of humankind and is now an established multidisciplinary field of scientific investigation under the name of astrobiology. In September 2015, with funding from the NASA Astrobiology Program, the Center of Theological Inquiry at Princeton (CTI) embarked on a series of cross-disciplinary conversations between the sciences and humanities on the cultural impact of this search on society.

CTI is an independent institution for advanced research on global concerns. It convenes scholars in the humanities and theologians in projects that consider the implications of science, not only for religion but also for society. Astrobiology is at the heart of the discourse.

We live at a time when the existence of life elsewhere seems increasingly likely. Science fiction moves ever closer to becoming science fact. In the United States, NASA continues to be at the forefront of this research and will play a central role in our June conversation.

Inevitably, much of the media response to this area of research is rich in sensationalism but poor in reasoned, cross-disciplinary analysis. Yet all the while scientists and scholars in the humanities and social sciences have been holding a different conversation on science and society, a much more nuanced, thoughtful and creative conversation. It is this conversation that we wished to develop in June and considered what might be the role of digital media in making this discourse more widely accessible. The final consultation of four in the Corsham Institute 2017 Thought Leadership Programme in partnership with Rand Europe.

The need for a stronger, more effective understanding of a good citizenship within a connected society was a key theme to emerge from our 2016 Thought Leadership programme. This final event in the 2017 series developed on this theme, and considered how digital technology might be used to strengthen local communities and engage citizens of all ages more generally in our democracy.

With rising disenchantment with main stream political parties, lower voter participation, the rise in support for populist (challenger) political parties, and a general shift in attitudes away from traditional institutions of authority, there is a need to revisit how we can better engage citizens of all ages and backgrounds in civic society, and to support greater participation in our democratic processes at a national as well as local level. 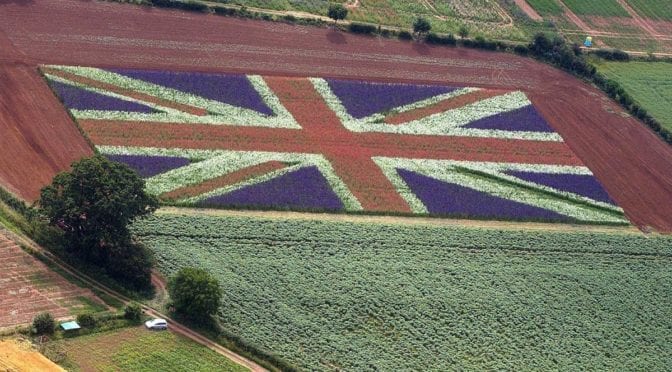 In March, the Prime Minister triggered Article 50, formally beginning the UK’s negotiations to leave the European Union. These are uncharted waters but there is little doubt that potentially seismic changes lie ahead.

UK agriculture will face a range of challenges in the years ahead.

While the government has guaranteed the financial status quo until 2020, the sector needs to look much further ahead. What are the potential threats and opportunities relevant to farmers in the post-Brexit world? How will the transition be managed? What scenarios are likely to emerge and what support needs to be in place to accommodate them? The implications go beyond the purely economic outcome of Brexit. Malvern 2017- Faith, Belief and Nation-building – What sort of Britain do we want to build for the 21st Century?

In Partnership with University of Worcester, University of Chester, The University of Warwick, William Temple Foundation, Culham St Gabriel’s, Saint Peter’s Saltley Trust and Centre for Faiths and Public Policy

This consultation aimed to curate a strategic and deep conversation about nation building and the role of institutional faiths and belief (both religious and non-religious) in that task.

This consultation took place in the context of a deep sense of fragmentation that was highlighted by the Brexit vote, but which has deeper and longer roots.

It took place approximately a year after the Referendum vote on June 23rd 2016, and engaged with 12 months of national and international reflection following this momentous event.  Fragmentation is between and within localities as well as regions and nations within the UK as well as running along demographic fault lines such as class and age. A salient parallel to the original Malvern consultation in 1941 is that the stability and security of Europe feels directly under threat – not so much from a global war as from a series of destabilising globalising trends, including terrorism, economic uncertainty and nationalism. The time is ripe to develop a deep and critical sense of multiculturalism about what it means to be British and European in the 21st century. This, we suggest, starts with a shared imaginary of what this means, rooted in religious and philosophical traditions, out of which might emerge a sense of shared narrative of what the United Kingdom is, and the ethics upon which that narrative is based.

Key questions and areas we wanted to explore at this event included: The Jubilee Centre for Character & Virtues, in partnership with citizED, consulted a select group about the connections between character education and citizenship education.

These have been circulated to policymakers, practitioners and academics across the UK, and have been met with widespread support and approval. Given the important interconnections between the two fields, the Consultation drew together expertise from both academics and professionals in practice to assist us with developing a Statement on Character Education and Citizenship Education.